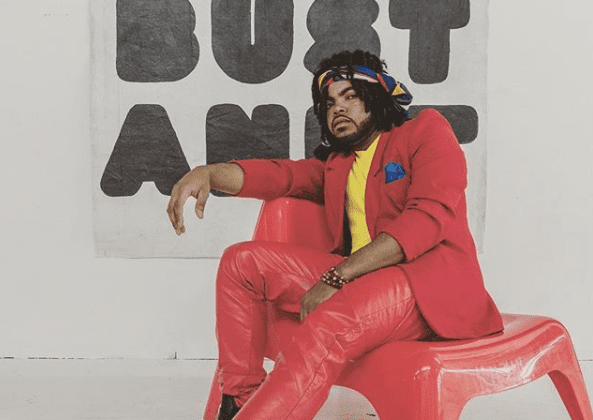 Let me ask you CASH, you how long have you been a Hip Hop artist?

I’ve literally been rapping since about the age of 6 or 7 but I would say I really started taking it serious in like 2003. I started out in a group and we did a couple of mixtapes and I ended up venturing off and doing my own thing. Long story short, I was born to do this lol.

What specific area are you from?

I am originally from New York and being a military brat, I’ve lived in a lot of places but I’ve spent most of my years in Atlanta.

Also, how did you get you emcee name?

So Cash is actually my real name but my emcee name C.A.S.H., pronounced CASH, is actually an acronym meaning Charisma, Art, Style and Hustle which are things that define who I am. Now that, I made up myself lol but the real credit goes to my mother for naming me Cash.

We notice your style is super original and more on the modern boombap/trap twist! Let us know how your style if different than all the rap artists out there!

What makes me different from other artists is my authenticity and openness to be vulnerable in a time where most rap artists are still keeping up this facade of needing to be “hard” and portray a fictitious lifestyle. I’m very emo and it comes out in a lot of my artistic expression. On top of that, my ear is musically trained. I grew up on real music and have been in organizations from orchestra to band from elementary school all the way to college so most of my music will sound very melodic and those trap vibes come from me being on the south side of Atlanta for so long, haha.

Bro, you new album “Hear Me Paint” is absolute FIRE!!! Please breakdown the creative process behind this album.

Man honestly I got to a place where I took a break from music and journeyed into finding myself and ended up falling in love with knowledge, spirituality and art. It got so bad my spot started to look like a museum cause I had collected so many paintings lol. I also was going through a heavy heartbreak and I just started creating and it started turning into me just painting pictures in audio form, if you notice, the title of my intro is Blank Canvas, and the outro is titled masterpiece and everything in between is me painting one big picture of experiences, hence the title “Hear Me Paint.”

Also how do you feel about the review we issued out for the project!  As Cthree stated “Just like a breath of fresh air that’s the perfect way to explain how this entire album”…

I loved it, I felt like it was very detailed and a great perspective. I hear the phrase “a breath of fresh air” often when it comes to my music and it just makes me feel like I’m on the right path. Overall, I was just happy and humbled that you guys took out the time to hear me paint, lol.

I don’t remember the exact day or time but I do remember having a boom box radio with the two cassette tape inserts lol, and I snuck one of my moms cassette tapes and it was this one song and artist that just blew my mind. The artist was The Notorious B.I.G. and the record was Total-Can’t You See featuring him and when I heard that delivery and charisma from him as soon as the song came on I just knew I wanted to make people feel the way he made me feel, so the credit goes to BIG for inspiring me as an adolescent.

How does social media playing a role in your success? How are fans/supporters helping your movement?

Social media plays a big role in my success because I’m able to reach people from all over the world while still being in ATL. There’s people in Africa, Brazil, London and many other places that have heard and love my music and it just amazes me but it will be even more amazing when that bag comes lol, but all I really ask for is for people to lend an ear and listen to me and spread the word because I know if people do that one by one, slowly but surely the world will know who I am and I’ll be a household name.

Your TOP 5 in Hip Hop….Deal or Alive?

This is in no particular order but I’ll say BIG, Jay-Z, Kanye West, Andre 3000, and
Jadakiss.

My definition of Underground Hip-Hop would be Hip-Hop that hasn’t reached the surface/mainstream status yet. Hip-Hop that’s still raw and of the essence, it has a certain sound, you can just tell when you hear it.

Where can people find you on the Internet? Drop all the vital links.