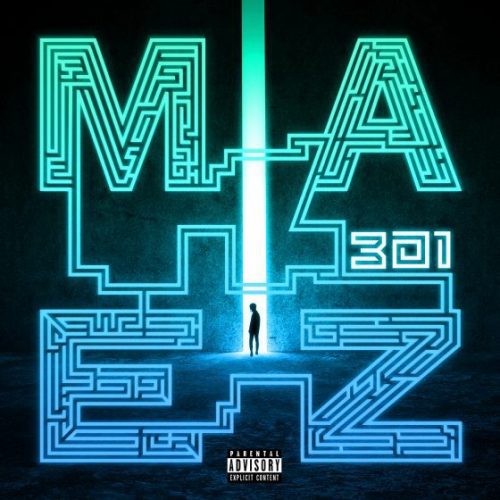 Maez301 is a 26 year old rapper from Gaithersburg, Maryland that first got his start in 2017 with his debut mixtape Nowhere. The project eventually caught the attention of Ervin Pope & Jerome Taylor, both of whom helped Maez get a record contract with Strange Music last year. And as the label closes out 2019, they’re letting Maez shine with his self-titled debut entirely produced by Ervin.

The intro “Change” finds Maez pouring his heart out over a mellow instrumental while the next song “Advance” starts bragging over a nocturnal trap beat. The track “On One” talks about his newfound success over an instrumental with a chill West Coast feel to it while the song “Ay” with Tech N9ne sees the 2 talking about being on top of the game over a colorful instrumental.

The track “Fucked Up for You” vents about an ex over a chilled out instrumental while the song “No Rest” finds Maez pouring his heart out over a vibrant instrumental & I absolutely love the Travis Scott homage in the hook. The track “Dream” with Black Jesus talks about chasing their lifelong goals over a relaxing beat with this prominent acoustic guitar while the song “Made It” of course continues to brag about Maez’ success over a rich instrumental. The track “Dogg’n These Hoes” gets back with Infinite E to talk about just that over a trap beat with some Neptunes inspired piano chords & the song “Grab a Bag” while repetitive is a catchy club banger.

The track “Switch” talks about how he came a long way over a moody instrumental while the song “Break Your Heart” talks about making it right with his girl over a funky beat. The penultimate track “Real Bitch” talks about needing a good woman over a futuristic sounding trap beat & then the album ends with “Momma”, where Maez pens an endearing tribute to the woman who gave him life over a spacey beat.

To me, this kid is the future of Strange Music alongside King Iso. The features were just decent for me personally with my favorites being Tech & Nef, but Maez has a lot versatility & I really think Ervin’s production really helps hone that in. Really excited to see him grow as an artist & what the label has in store for him next.