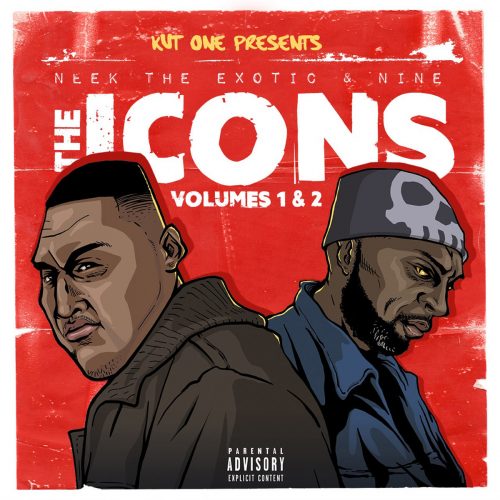 Kut One is a producer from Melbourne, Australia & this is the inaugural installment of a series of EPs celebrating the grimier side of underground hip hop. We got Kut paying homage to Queens veteran Neek the Exotic on the first half & then to Bronx titan Nine on the other.

The opener “Welcome to Violence” with Kool G Rap & Royal Flush sees the 3 delivering grim bars in their own unique styles over a sinister instrumental then the next song “We Do It” reclaims his prowess over a high-pitched soul sample. The track “Everything’s on Course” with Large Professor sees the 2 talking about their longevity over a boom bap beat with some luxurious keyboards & then the final Neek song “I Don’t Know” talks about the culture being his life over a blissful instrumental.

Then we get into the second half with “Basquiat”, where Nine talks about his craft over a woozy beat. The next song “When Ah Pull Up” gets into the mind of a criminal over a suspenseful instrumental while the track “Might Get Shot” gets paranoid over a gloomy instrumental. The track “Welcome to New York” is a vivid description of life in Nine’s home-state over a mafia-like instrumental & then “Gimme My Money” is a cool bonus cut where Nine perfectly switches up his flow over a militant instrumental. The uncredited guest rap verse near the end was alright too.

For the first installment, this isn’t bad. Neek & Nine both go on to remind us that they’re some of the rawest NY spitters of all-time with Kut One’s grimy production suiting their bars fantastically.