Imagine is back with his sophomore effort, Beyond Clouds. The album is a great step forward in not only honing his sound, but in reaching new depths with his songwriting as well. With appearances from a great deal of talent both behind and in front of the microphone, Beyond Clouds is a statement for the masses saying Imagine is here and definitely will not be silenced!
Posted by Mistah Wilson on December 26, 2018 No comments: 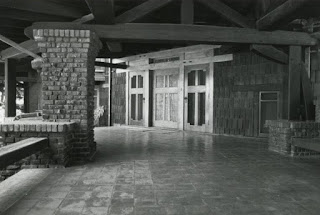 The Hillcrest Neighborhood tour invites tour goers to discover one of Pasadena's most beautiful neighborhoods with a variety of historic architectural styles. The Oak Knoll subdivision, of which
Hillcrest is part, was intended to rival the wealthy neighborhoods of Orange Grove and the "West Side" (San Rafael and Linda Vista), so many of the estate size lots were intended for custom home development. Showcased on the tour are numerous grand estate mansions along with Craftsman homes such as the Freeman House designed by architects Arthur and Alfred Heineman and the Culbertson House and Blacker House both designed by Charles and Henry Greene. 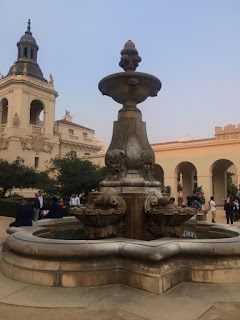 The Pasadena Civic Center tour provides local residents and visitors with a unique look at the area's intriguing architectural history. Our Civic Center is a product of the "City Beautiful" Movement led by renowned planner Daniel Burnham, which began at the 1893 World Columbia Exposition in
Chicago. Edward H. Bennett, protégé of Burnham, created Pasadena's 1925 plan. In May 2012, the American Planning Association awarded the National Planning Landmark Award to the Bennett Plan, recognizing the City's dedication to its implementation over the years. There will be anecdotes of individuals such as architect Julia Morgan, who designed the former YWCA building; George Ellery Hale, who was the driving force behind Civic Center's construction, and others, who helped to create and maintain the Mediterranean style of architecture within this beautiful civic core. Also seen on this tour are numerous fountains - some designed by notable Pasadena artists, architects, and landscape designers such as Ernest Batchelder, Myron Hunt and Ruth Shellhorn.
Posted by Mistah Wilson on December 17, 2018 No comments:

We made it to Issue80!!! + Mance Makall's NEW ALBUM + A. LUCK + CHRIS RIVERS "LITTY" FREESTYLE + Portrait Photography + Classic American Cars + so much more...
Posted by Mistah Wilson on December 12, 2018 No comments: 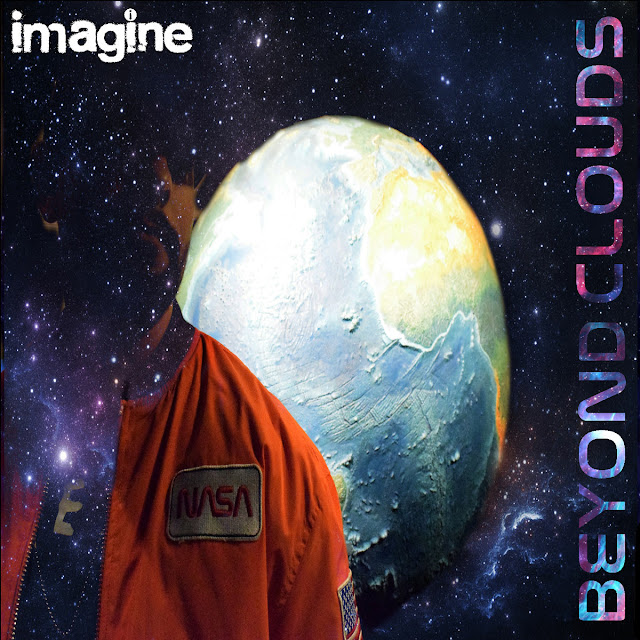 With a name like Imagine and a title of “Beyond Clouds,” I have to admit that my interest was definitely peaked but I really wasn't sure what to expect. This song could have been either transcendent or colluded, distorted and disconnected. With that being said, sonically, the production was very pleasing, but lyrically, I was bracing myself. After the initial shock of Imagine’s vocal tone, I began to fall into the words he was speaking and the feeling he was reflecting upon.

Starting with a sound that is a mixture of horns and drum patterns that leave you feeling vibrant, its the vocals of the artist himself who makes the biggest first impression. It may take a few listens to get used to his sound but once you do, you’ll really appreciate the attention to detail, especially in the aspects of wordplay and flow. A song to zone out to in a session, its arrangement has you running through your mind, contemplating random thoughts and connecting with the tale Imagination is weaving. Imagination. What a high bar to set for yourself as the name holds endless possibilities accompanied by quick consequences if you don’t manage to create an atmosphere. Judging off this song alone, Imagination not only lives but thrives within this world that exists for 4:03.

While it’s Imagination’s verse structure and rhyme schemes create a world it’s The Homegirl Monie’s voice that breathe the elements of life that give this track a whole new layer. Her chorus pulls together the struggles that's being rapped about by giving it a nurturing tone which makes the track more relatable towards the casual listener. The surprise comes as she spits in the final part of the song. A sharpness that cuts through with a poetic tone, a blunt delivery and a certain type of sincerity that leaves a lasting impression on the listener.

With just this track to base everything on, I will say my minds always looking for a way to escape at times. In those moments, it’s artists who are bold enough to create a full on movie score to accompany their rhymes that has a strong draw on me, personally. To create a world is bold, to truly pull it off? Very rare. This track does sound very promising and leaves one wondering if they can build upon this track and take the listener on a journey for a while? I’ll say that if theres truly no limits to the Imagination then let’s get ready to fly. If there’s something Beyond the Clouds, I’m eager to see it but am also preparing for a turbulent yet entertaining ride.

Posted by Mistah Wilson on December 11, 2018 No comments: