Mistah Wilson: Yo KStone, what's good wit it! Thanks for coming thru for this exclusive interview with ThaWilsonBlock Magazine! Before we get further into it, what was it like growing up in Pasadena, CA and what does it mean to be from tha City of Roses?
KStone: I'm a 80's baby so around that time it was turnt meaning the gang life. You seen the rising of the crack era. Pops a gang member so I remember hearing gunshots. 46 E. Montana St yea is where it all began. Mama got us in the kitchen clutching down I remember all of that. My childhood was nasty. To be from here City of the Rose it's a wonderful feeling blessed it's no other city like it.

Mistah Wilson: When did you know you wanted to pursue music?
KStone: I wanted to purse music at a young age. I remember pops got his beats playing on his stereo he had back n the day telling me to catch the beat read in his rhyme book at like 9. Since then it waz a go. But I didn't really start taking it serious til' like I hit the county jail at 18 shit got real for ya' boy. Just took my life and put it on paper.


Mistah Wilson: What current and upcoming projects do you have in tha works?
KStone: Right now I got my mixtape Tha Ghettos Preacher droppin' in November. Got some Features wit some real dope artist, too. So, early next year I'll have my first official Album out.

Mistah Wilson: Who are some artists you've worked with and which artists from DENA stand out tha most to you?
KStone: The artist I worked with have been Major James on that Life's A Gamble track off my last mixtape Almost Famous still out on nerveDjs are Datpiff.. Artists that stand out to me.. I like Greezy, Kali Slim, Kali B, Munee Waterz, Jay Mulah A lot he come off with that street gospel like me. I like V8 and what he doing over there. We all do it's a lot and we all got our own lane.

Mistah Wilson: From your standpoint, what has been tha state and condition of Pasadena's local music scene?
KStone: Superb. When it comes down to music my city is great we excel in this part because of the struggle because of where we live we bottle all that up and put it down. Due to that I think we get over looked a lot. I think we should all come together and put Dena where it's suppose to be. But right now we all in our own pocket making noise not as a unit. It's critical right now we need unity. Branching outside the box then I think people would take more notice and interest in us.

Mistah Wilson: In your songs you mention you've done prison time. What have been some challenges you've faced on your journey?
KStone: I did 4 in prison due to a terrible childhood growing up but the streets changed me. Got caught wit possession of sales of crack cocaine at 18 shortly after I caught my first gun case..multiple 211's it's been rough for me u could see it hear it cuz I talk about it. Seen the passing of my Brody Kendrick Mcneil late 2015 really struck a nerve wit me still do always will. The struggle from homelessness has really humbled me to the person I am to today.

Mistah Wilson: What have been some more of tha rewarding things you've experienced thus far?
KStone: First off the Birth of my son Bralynn Kendrick-Lawrence McNeil a real blessing for me. I got to work with Major James that was a goal of mine since I heard Roll On with Jay Rock, Kendrick Lamar, really nothin too major right now but my future is lookin' bright.

Mistah Wilson: What message are you trying to send through your music?
KStone: The message I'm trying to send is a positive one through all the struggles + the court cases
What ever u have on ya' lap u can get through it. And my music gives you that side of life where we're not as fortunate as others. We take losses and go through things that's terrifying and I'm that voice to tell people what we go through. Me, Tha Ghetto's Preacher..

Mistah Wilson: Where can people connect and follow you online?
KStone: All man, they can tap in wit me through my Email
My facebook at Kendall kstone McNeil
My ig at topdafoodchainent
Mistah Wilson: Yo, KStone! This is only tha beginning, fam! Thanks for coming thru for this exclusive interview with ThaWilsonBlock Magazine. Got any shout outs?
KStone: Got a couple on'em shot out Kali Slim my producer beat maker everything in one right there. Shot out the squad Topdafoodchain Kmack Phatz, StoneMack, Stone. N. Peace, RuffBabys, Kali B,  Much Love Jay Mulah, Munee Waterz, G-Raff, my support Tha Squad.
By Mistah Wilson at October 29, 2017 No comments: Links to this post 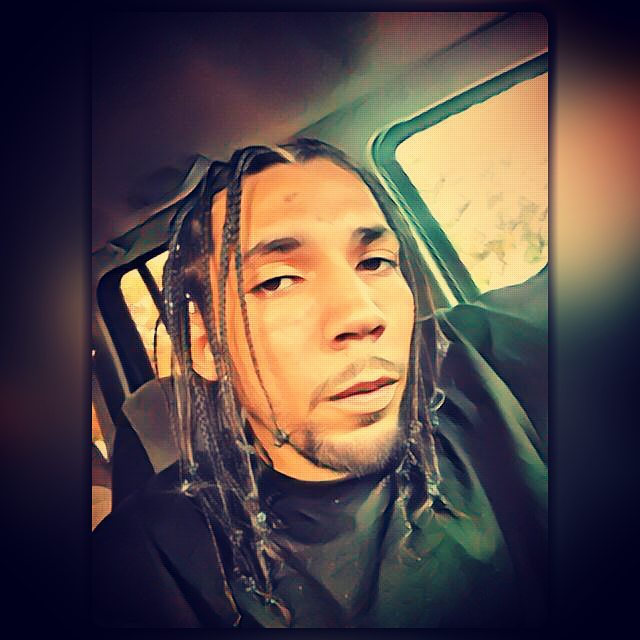 November 10th, 2017 is a big day for Pasadena, CA rapper Bing Bing and his alter ego, Mistah Wilson. Tha Bingster has officially informed tha block that his next musical project will be called Beautiful Struggle 2: Open Wounds and tha 2nd single is due out on Thanksgiving Day 2017. Marking the 3rd time that Bing Bing has changed the title of his forthcoming compilation, he's decided to make "Beautiful Struggle" a mixtape series as he did with Tha West Kept Secret from 2007-2011.

"The songs I'm writing still have that pain in them that coincides with what I call tha Beautiful Struggle. It makes sense to continue with this theme," explains Bing Bing.

With all that being said, November 10th is a huge day for Bing Bing and ThaWilsonBlock. Tha Pasadena native will be making his debut performance at Legacy Fridays going down at the Historical Landmark Washington Hall on 14th & Fir St. We don't know if Bing Bing is going to hit em with some new songs or take em back with tracks off of Music & Me mixtape or Tha Hater's Favorite EP. What we do know is that Mistah Wilson is dropping ThaWilsonBlock Magazine Issue57 on tha same day...and it's being released for FREE DOWNLOAD again! 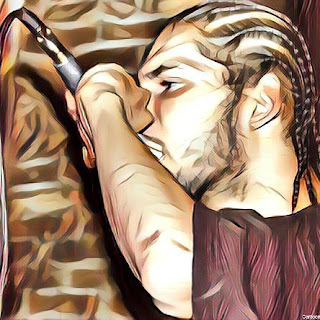 In 2016, Bing Bing released Beautiful Struggle mixtape subtitled "Welcome to tha Beautiful Struggle". It was a mixtape about tha obstacles he faces on his mission to make a difference. Bing Bing claims that it was an incomplete mixtape...he just didn't want to push it back any further. Well, we're moving fast into 2018 and Bing Bing still believes that Music is precursor to tha best that's yet to come. He is titling his upcoming project Beautiful Struggle 2: Open Wounds. Inspiration from tha "Open Wounds" subtitle stems from growing up in foster care and not knowing tha truth (or tha whole truth...if you will) about who his dad is or tha circumstances that explains why he had to grow up tha way he did.

"Growing up in foster care for majority of my life, I have slowly learned as an adult that there were and still are a lot of what feels like "secrets" being kept from me about my own life. Meaning there are people out there that know more about tha particulars of my childhood than I do," Bing Bing shares with us. "Considering all that in addition to recent relationships ending in heartbreak, I carry a lot of 'open wounds'. A lot of things have happened to me that I just never got any closure for. After awhile, those pains build and I am tested. And so, I've come to tha conclusion that music is how I'll be able to tell my truths. Music will allow me to share my testimony in hopes of reaching someone and sparking that inspiration in them. Music is tha tool that will enable me to turn these negative situations into positive outcomes."

By Mistah Wilson at October 26, 2017 No comments: Links to this post 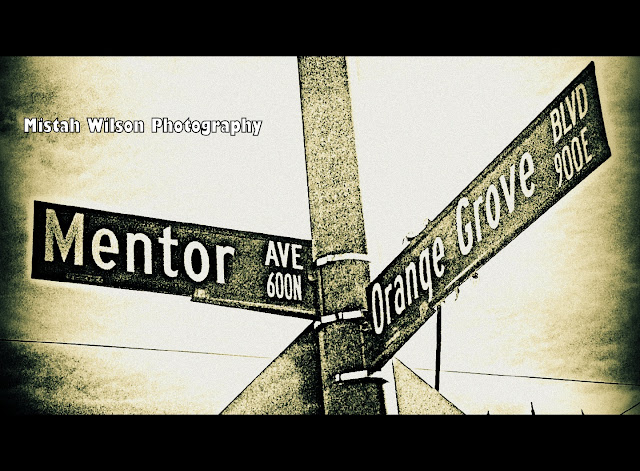 By Mistah Wilson at October 25, 2017 No comments: Links to this post 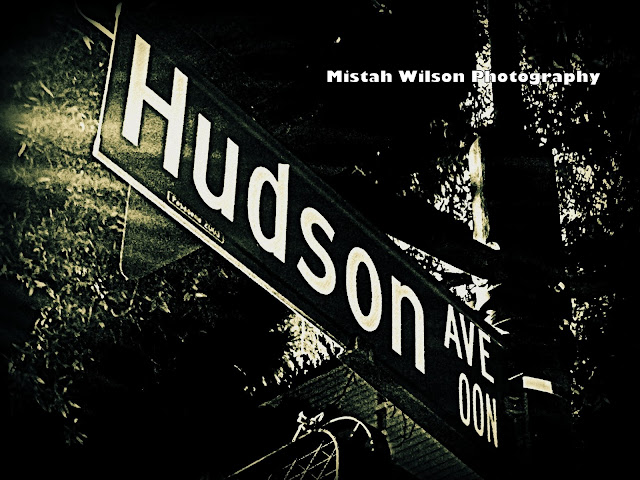 By Mistah Wilson at October 18, 2017 No comments: Links to this post 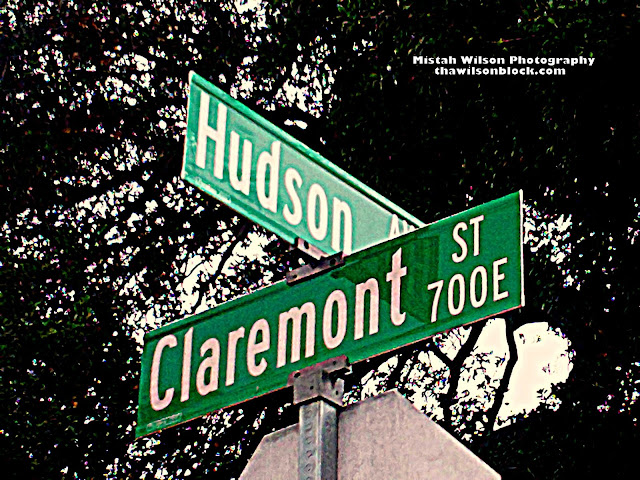 By Mistah Wilson at October 11, 2017 No comments: Links to this post 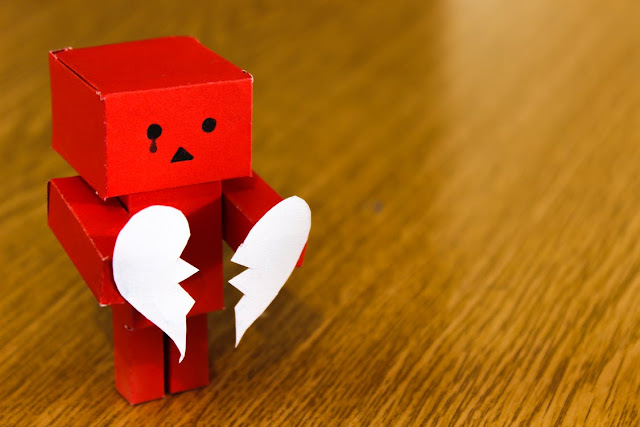 Pasadena rapper Bing Bing announced that effective immediately he is changing the title of his upcoming mixtape "UhBuDuya" to "Open Wounds". Reasons for the change have a lot to do with rejection and the burden he carries from a broken household. Bing Bing had this to say

"At 27 it hurts to walk around with all this pain .. I have memories that make me smile. Laugh. Then there are memories that convict my heart. Stop me in my tracks. I just can't go on like this. As much as I desire to help others I don't owe anyone but myself. And it seems tha only way to patch these wounds is to tell my truth."The theme of the UhBuDuya mixtape was to come off as little more chill and relaxed than his previous project Beautiful Struggle. It was meant to be more of a compilation of catchy hooks and creative concepts. But, the way Bing's latest single "Regardless" ft. 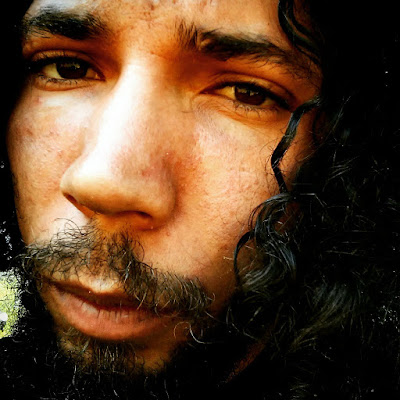 Suntonio Bandanaz sounds, we may be in for another sad and emotional project.

"Being under so much pressure lately, "UhBuDuya" just didn't fit where I'm at in life right now. When I thought about all the fall outs in my life, broken relationships, the closure I never got to have, untold truths others know about my own life, Open Wounds was a great fit for the theme of my next project," explains Bing Bing.

Bing Bing also tells us to expect a 2nd single for the Open Wounds project between now and Thanksgiving. And he's writing some of his best stuff yet...

By Mistah Wilson at October 08, 2017 No comments: Links to this post 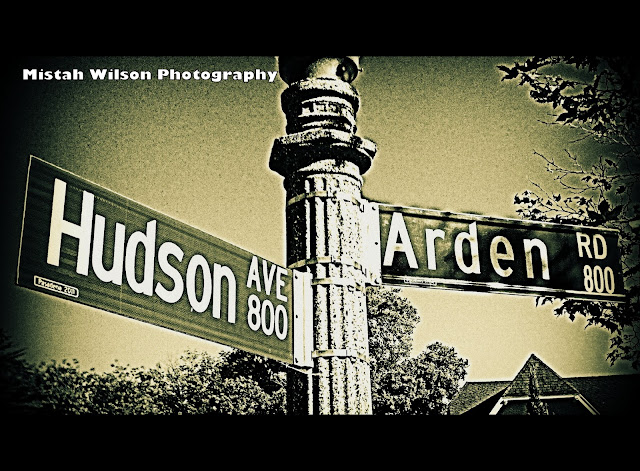 By Mistah Wilson at October 04, 2017 No comments: Links to this post