A Father And Son Explore LA’s Latino Culture Through Photography 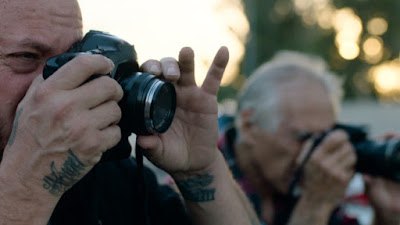 Estevan Oriol discovered a love for photography after the gift of a camera and a no-frills explainer from his father.

“My dad said, ‘Here’s a camera. This is the speed of the shutter and this is your depth of field,'” he explains, in a steady tone. “Here I am with my Ph.D. in photography… and Ph.D. means ‘push here dummy.'”

Estevan’s journey as an artist was undoubtedly shaped by that first lesson. His father had already made his name behind the lens, and the old man’s intuition that Estevan had something to add to the cultural conversation was spot on.

Eriberto Oriol started documenting the forgotten corners of Los Angeles in the 1980s — shining light on graffiti, homelessness, and protestors of state power. In 1989, he launched the first major graffiti-photo exhibit in Los Angeles to wide acclaim. He was a fresh pair of eyes, examining issues that had been ignored up until that point.

Meanwhile, Estevan was managing the hip hop acts Cypress Hill and House of Pain. When life on the road began to wear on him, he turned to his dad for guidance. Eriberto asked his son why he wasn’t documenting his famous friends. It was a eureka moment. Estevan pointed his lens at Latino low-rider culture and began capturing candid snapshots of the acts he was working with.

Eventually, this led to a collective called Soul Assassins formed with Cypress Hill, which highlights Angeleno art, photography, and music with a social conscience...
Read Full Story & View Gallery
By Mistah Wilson at November 30, 2016 No comments: Links to this post

This is a peaceful event where artists come together to network, build their presence, and win prizes!!!

ThaWilsonBlock Magazine & DENA Music Scene are hosting the #BringingItTogether November 2016 Photo Shoot for artists & musicians who are interested in networking while building their portfolio and brand presence.

The purpose of the #BringingItTogether Photo Shoot is to grant artists an opportunity to be recognized by their local scene and to provide them with a platform that enables them to grow.

Artists who attend are expected to participate in taking photos with other artists.

Artists who participate will receive:
-One Free Professional Portrait of themselves for their own use
-Certificate of Recognition
-Optional: Audio/Article Interview
-The opportunity to win one of our prizes!

Feel free to bring promotional material (flyers, CDs, postcards, etc...) {no booths or tables allowed or provided}
By Mistah Wilson at November 13, 2016 No comments: Links to this post

By Mistah Wilson at November 10, 2016 No comments: Links to this post 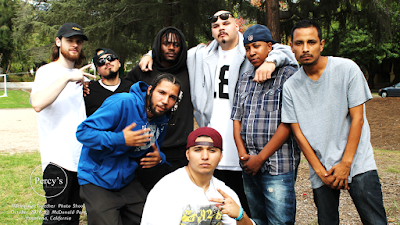 It was planned about 2 weeks in advance. Mistah Wilson, who's developed and honed relationships with residents in tha greater Pasadena community, collaborated with a local portrait photographer Percy L. Johnson to bring you the #BringingItTogether October 2016 Photo Shoot. For those who don't know, tha #BringingItTogether movement was created as a way to unite tha local music scene by having artists takes pictures together demonstrating values such as love, peace, & unity. By doing this, we have tha power to influence our future in a positive way.

When the photo shoot was initially announced, it still felt like 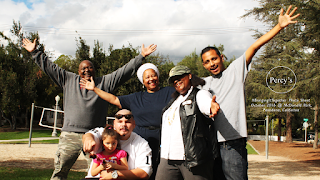 Summer in Southern California. Tha night before tha event, tha news reported that there was a high risk for a rainstorm, something that would compromise tha photo shoot since it was held outdoors in McDonald Park. "Just my luck," said Mistah Wilson, who began to feel tha pressure of failure. But tha powers of a positive mind outshine tha darkness.

Everybody remained positive, and tha sun came out! One after another, artists started showing up. 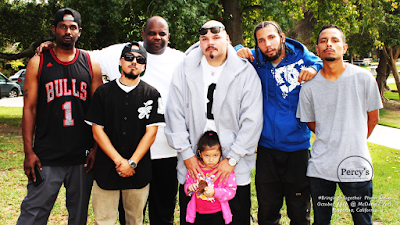 Tha beautiful thing about this event is that even though nobody really knew each other, we were able to come together for a common cause and embrace our differences," explains Mistah Wilson. As a 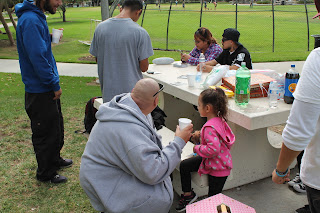 token of our appreciation for artists who participate in tha movement, every artist gets ONE free professional portrait of themselves to use for their own purposes. Artists can show up every month and get a free, professional picture to build their portfolio. It was a good turn out. It was so good that tha anticipation is building for tha next one on November 26th, 2016.
View Shout Outs!
View Photo Album
By Mistah Wilson at November 04, 2016 No comments: Links to this post