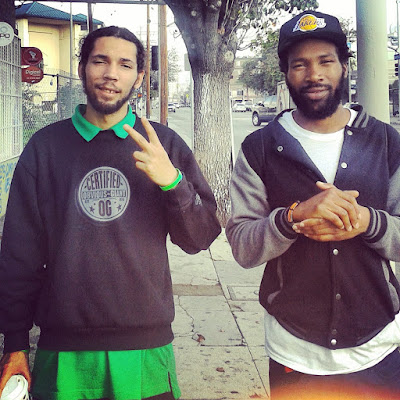 Bing Bing, who fulfilled his commitment in late 2015 said," Wow, it took both of us two years to fulfill our commitments. I am proud and thankful for my good friend Dom who took the pledge and at critical times didn't allow me to quit." DOMINANCE is one of those artists on the music scene that you actually catch grinding in the streets pushing his latest mixtape. His intuitive yet, strategically creative song recording methods along with heartfelt lyrics deliver a timeless masterpiece. Follow DOMINANCE on Instagram to keep up with his latest happenings...

When it comes to Bing Bing's commitment, he's admitted that at this point past fulfilling his pledge, he lost count of the miles. Below are the official walks that Pasadena artist DOMINANCE participated in that added up to over 200+ miles of walking:
DOMINANCE is currently writing a book about fulfilling his commitment so that he can be a symbol of hope and inspiration for the next aspiring artist. There was never a monetary incentive for the walks, but it never kept DOMINANCE from putting his best foot forward...regardless of the distance.
By Mistah Wilson at July 23, 2016