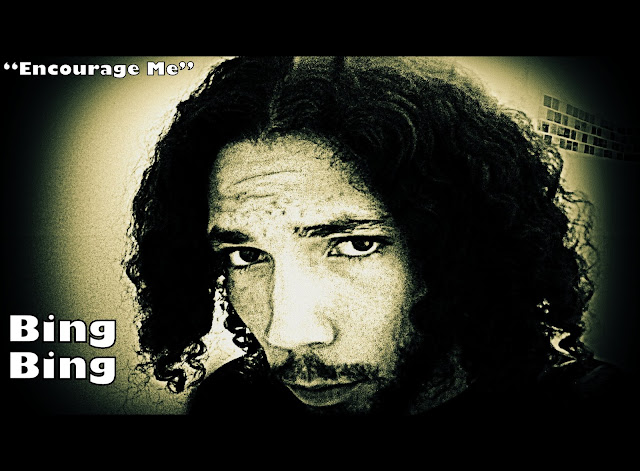 If anyone out there is paying attention, you'd know that Bing Bing, or Mistah Wilson (if you will), has fulfilled his one million foot commitment for causes & charity late last year (2015). Well, the kid just doesn't know when to stop. He has taken to his publication ThaWilsonBlock Magazine to sponsor a 23mile walk effort from San Pedro to LA City Hall in an effort to use his influence in a positive way on Wednesday July 20th, 2016. You've seen him walk to help end gang violence, walk for empowerment, and even had it in him to successfully run the LA Marathon for foster kids like him. But, this time, he's walking to help spread courage to his peers and followers.

"Encouragement is a powerful thing. Through this walk, we want to encourage people to be the best they can be. To accept the responsibility of being a positive role model," explains Mistah Wilson. "Because like I said before, if we're going to do anything, we're going to demonstrate good things. Why wouldn't we?" 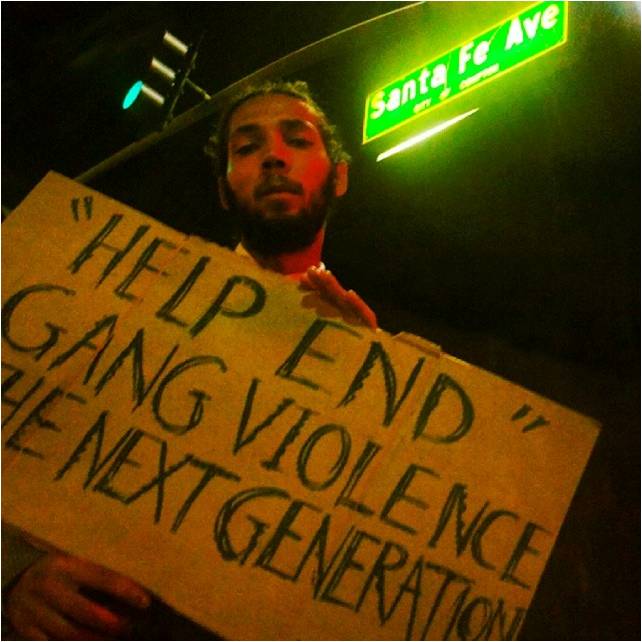 Inspiration from this walk comes from associates and friends of Mistah Wilson who encouraged him to partake on another major walk. Although Wilson's walks for charity, causes, values, and principles haven't gained much media attention, his friends assure him that what he's doing is inspiring and empowering. "What rapper you know putting in all this foot work not just to promote his positive, uplifting music, but to pay it forward by advocating for common causes & principles in the community," asks Just Jeffrey, a good friend of Mistah Wilson. 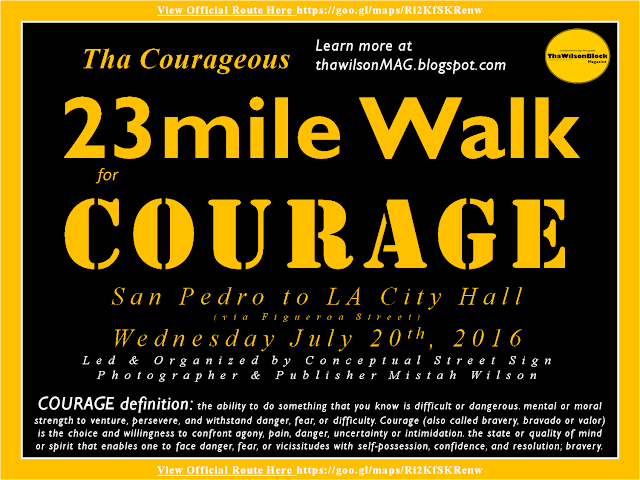 With recent tragic events happening in the United States and around the world, Mistah Wilson didn't want to move with the crowd. Instead of participating in a march or protest, Mistah Wilson just wants to take this opportunity to be a positive role model. To simply give people good news and something positive to see and be influenced by. "We are role models whether we like it or not. Only question is do you accept the responsibility," adds Mistah Wilson. 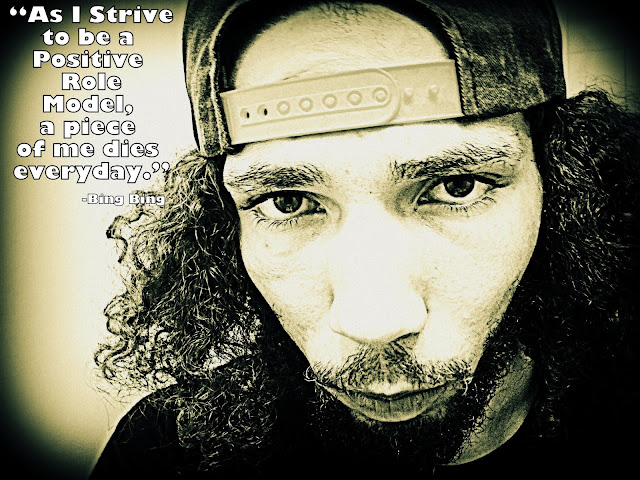 The 23mile Walk for Courage will start near San Pedro High School on South Cabrillo Avenue and will connect to Figueroa Street from John S. Gibson Boulevard. Over 15 miles of this walk will be on Figueroa Street as Mistah Wilson and his team look to make history in their own way by clearing the length of South Central Los Angeles including the Harbor Area. 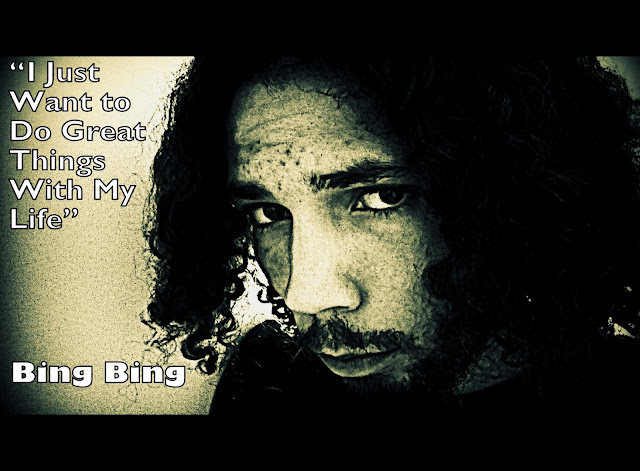 Once they reach their destination at LA City Hall, there will be no party. No chips, beer, or soda. No press conference. No games. "Once the walk is concluded, we will just hop on the bus and go home," says Mistah Wilson. "But, we will have a beautiful and inspiring story to share. Those following this walk can experience the journey through conceptual street sign photography in ThaWilsonBlock Magazine Issue42 due out on August 10th, 2016."

To learn more or sponsor this effort, send us an email. View official route here.
By Mistah Wilson at July 13, 2016