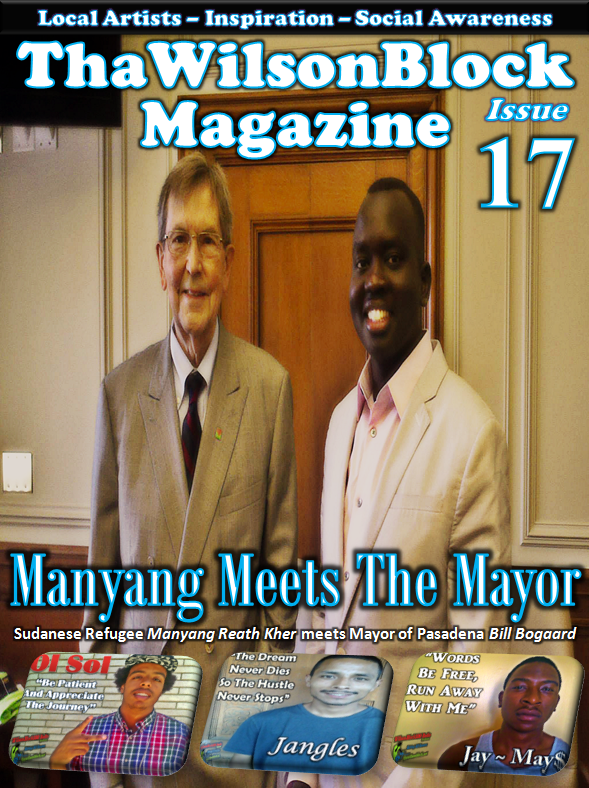 Pasadena Music Scene
By Mistah Wilson at July 07, 2014 No comments: Links to this post 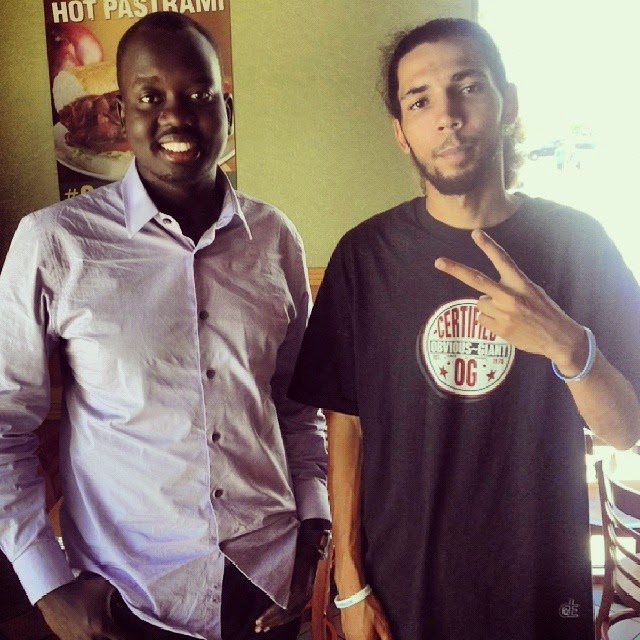 It happened spontaneously. Sudanese refugee Manyang Reath Kher connected with local artist Bing Bing to spread awareness of the state of Sudan in Pasadena, Ca. Before his arrival, he had a busy week planned for him to get the word out about his cause. On Sunday June 22nd, 2014, Manyang touched down at LAX and stayed at a hotel in Pasadena. Tuesday June 24th, 2014 at 11:00a, Manyang made the commencement speech at Rosemarys Children Services post-grad award ceremony at The Shakespeare Club and touched on how life was for him growing up without parents in another part of the world. It was good for the girls who graduated the program to hear as they transition into independent living. Manyang was embraced by the staff and girls at Rosemarys after making the speech. 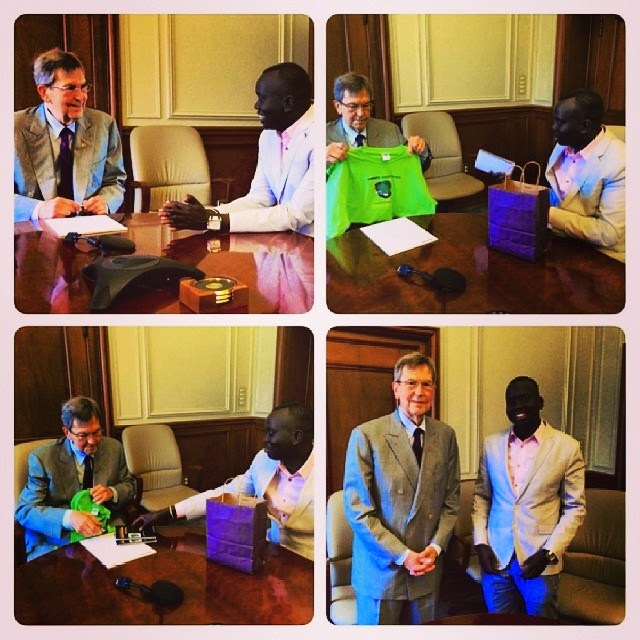 answered questions about education and working hard in life.

On Wednesday June 25th, 2014 at 11:00a, Manyang met with Mayor of Pasadena Bill Bogaard. Manyang shared his experiences, mission, and upcoming events with the Mayor and even brought him a T-Shirt as a gift on behalf of the Humanity Helping Sudan Project. Mr. Kher was given an exclusive tour of the City Hall building including the wall of all Mayors of Pasadena and the City Council Chambers. It was definitely an unforgettable experience. Shortly after meeting with the Mayor, Manyang went over to Pasadena City College where he did an 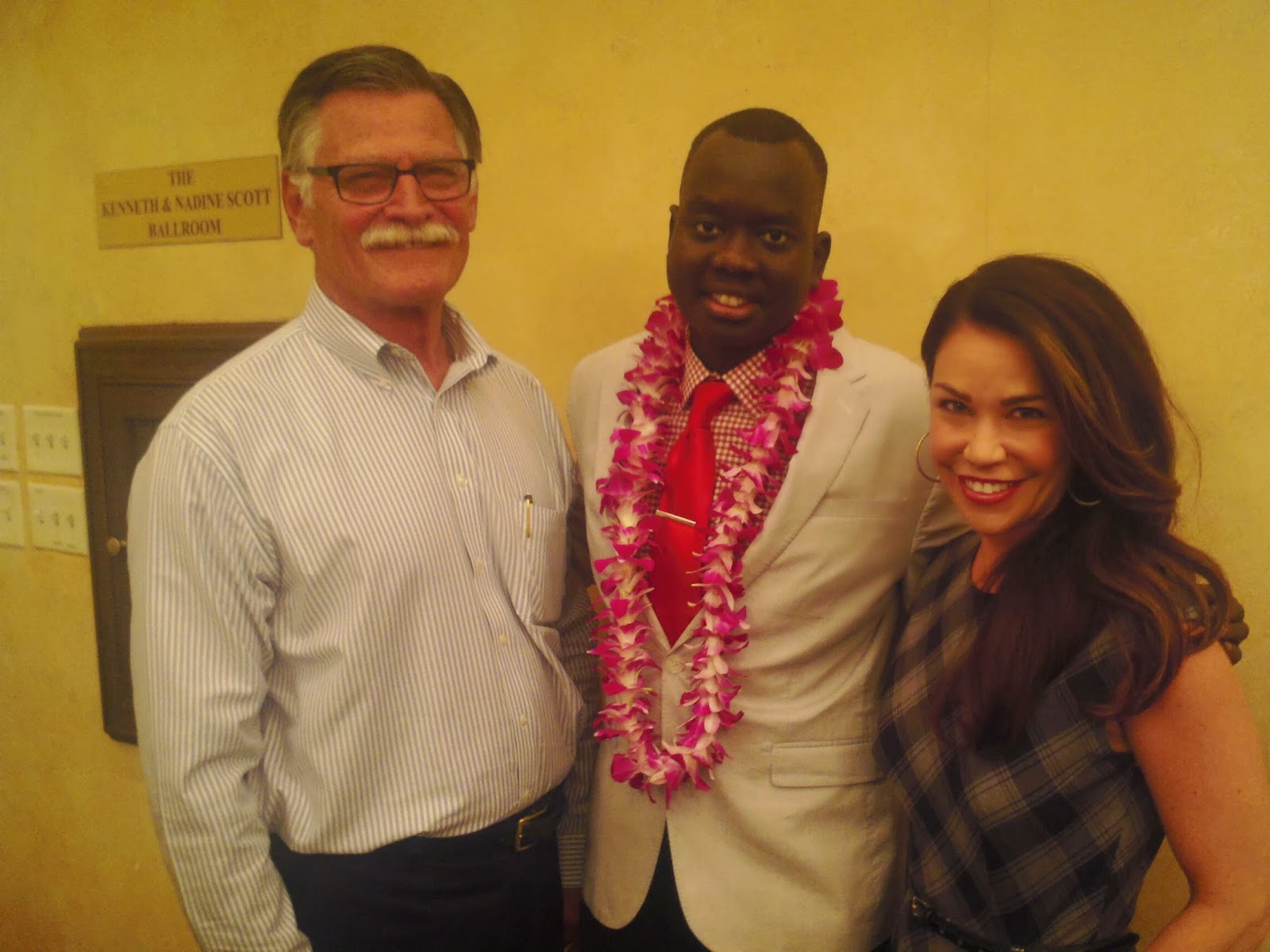 exclusive audio interview on "Over Coffee" with Dot Canon.

Manyang took Thursday & Friday to do some quick catching up with friends in Los Angeles. Saturday evening, he appeared as a guest on The Color of Success talk show hosted by Ontresicia Averette & Carolyn Wiggins at Pasadena Media. He took pictures and 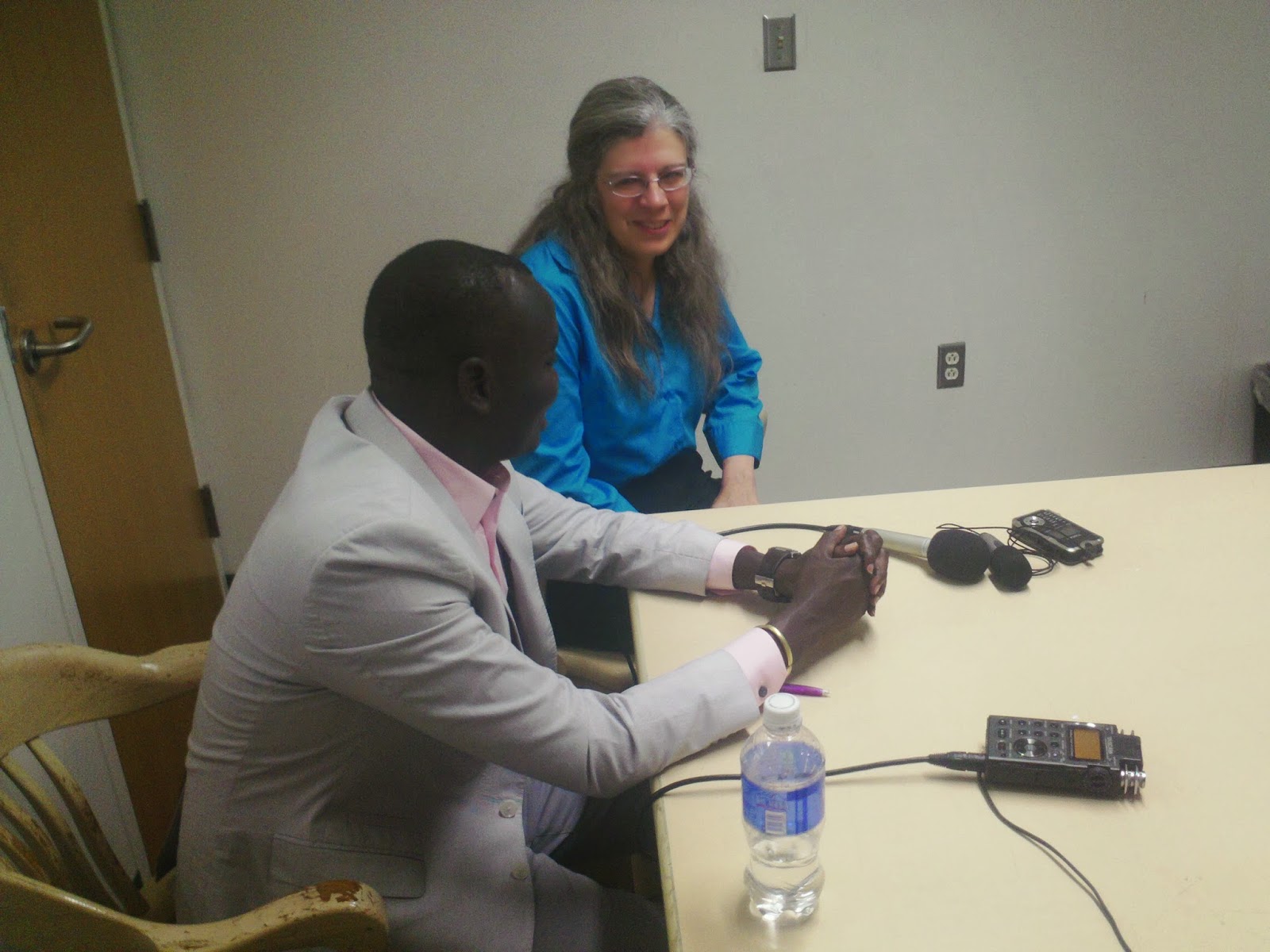 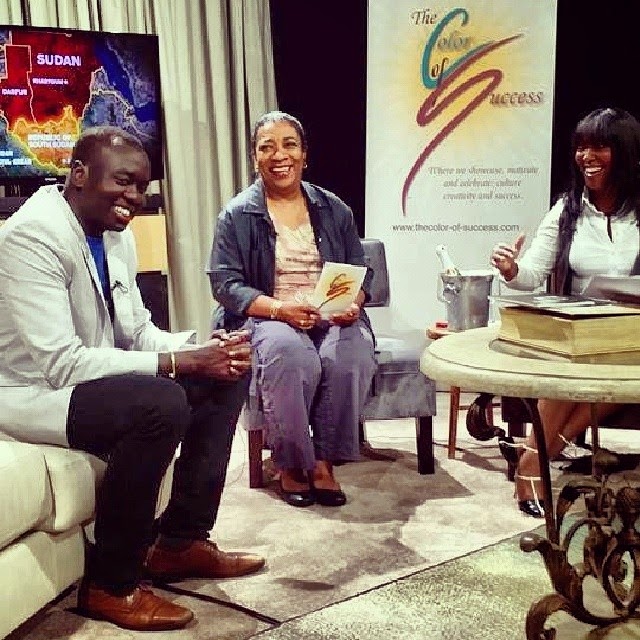 was presented with a custom gift from Otto Evans of Obvious Giant clothing company. Shortly after the show was over, Manyang was dropped off at the airport to head back home.

Manyang Reath Kher's story is a compelling one. It's a story of hope and triumph. A story of abandonment and neglect. Bing Bing sought to bring this together to effectively progress his work in Social Awareness and help those in need at the same time. Manyang says he may come back to Pasadena in September 2014, but we will see what happens...
By Mistah Wilson at July 05, 2014 No comments: Links to this post