Relly 2euce releases 2009 throwback "The Round Table" mixtape by Ave Troops. Assures fans that his debut solo project is on the way 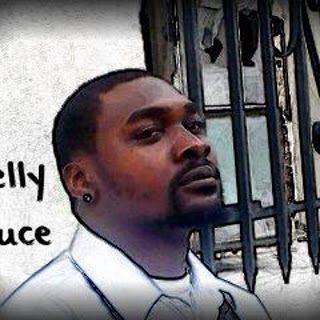 Relly 2euce releases 2009 throwback "The Round Table" mixtape by Ave Troops. Assures fans that his debut solo project is on the way

The man who claims to have the most collabos amongst his circle is about to prove why. Pasadena, Ca rap artist Relly 2euce is releasing a 2009 throwback mixtape "The Round Table" exclusively on ThaWilsonBlock Network.

On behalf of the Ave Troops, Relly 2euce is releasing a collection of music that hit the streets but didn't quite get the online promotion that it needed. The Ave Troops, who consist of Black Santa aka Phat Rat, Relly 2euce, Jon2, &Belvidere, scored collaborations with other local 'icons' who are well known on the indie underground circuit in pasadena such as FatherMayEye, who recently appeared in "Beyond Banging - Outgrowing Gang Life" article in The DENA Magazine's debut issue. FatherMayEye also has an extensive resume when it comes to making music and being involved. Nicky BeacHouses, a legend in the making, also appeared on an exclusive track with Relly 2euce called "Life is Too Short" which is definitely worth checking out. J Rell also came through and jumped on a track with Relly 2euce & Black Santa called "Candyman." You gotta get a bar of that!

With The Round Table mixtape, Relly 2euce sought puttin together a mixtape with the hottest artists on the indie underground circuit in the city. Even if you were a new artist, if you were on your grind, Relly was open to working with you. "Icons" is what he was looking for.

Relly 2euce has really been on his grind lately. Releasing his 1st single "Mr. Dixon" on his debut solo project "Verbal Abuse" which is due out real soon. 2euce also appeared on a recent collaboration with Bing Bing called "Tha Ghetto," a mixtape track over "Ghetto" byFeddie Gibbs that will be going on Bing Bing's new mixtape MUSIC & ME as well as Verbal Abuse. Aside from what's happening online, Relly 2euce is a one-man street team. His main grind is promoting Pasadena Music and being a positive example for Urban Youth & Artists in communities not just in his city, but wherever he goes. You can tell he has Pasadena Music in his best interest. And he even assures us here at ThaWilsonBlock that his debut solo project IS COMING!!!
By Mistah Wilson at April 07, 2014