Pasadena artist Justin Miller checks in with ThaWilsonBlock as they talk about Showcases, Independent music, & what inspired him to become a rapper. - ThaWilsonBlock® Network 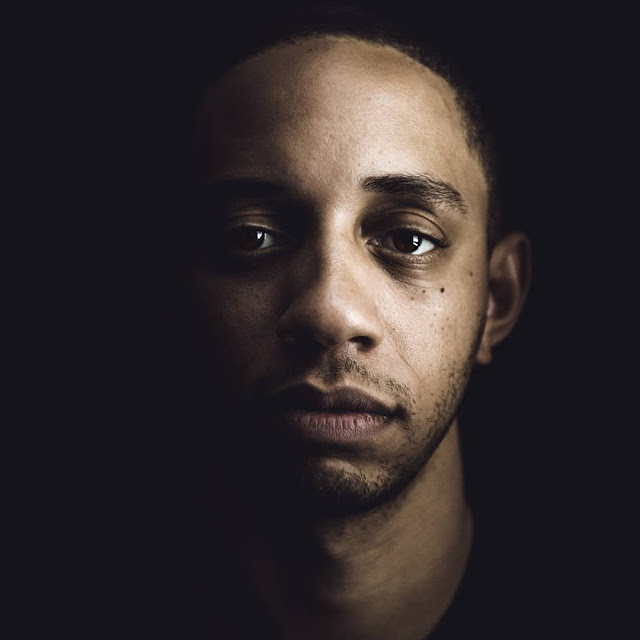 Pasadena artist Justin Miller checks in with ThaWilsonBlock as they talk about Showcases, Independent music, & what inspired him to become a rapper.
Mistah Wilson: Yo, Justin Miller what's good, fam! Honored to have you hear with us for this exclusive interview with ThaWilsonBlock! What's happenin?
Justin Miller: I’m honored to do it! Just working on finishing my official mixtape: Burning Bridges.
Mistah Wilson: For those who are just now discovering you, can you give us a broad background of yourself? Where are you coming from?
Justin Miller: I was born and raised all over Los Angeles. In high school I was sent to stay with my father in South Pasadena and I’ve been in love with Dena ever since.
Mistah Wilson: Now we seen you perform at Rough City's #NoSleepTilKrushGroove and we remember you saying," My name is Justin Miller because that's the name my mama gave me." Can you tell us a little more about that and why you chose to run with your full name as your alias?
Justin Miller: I’m glad you remember that. I’m really into all types of music and I’ve noticed that rap is the only genre where its unaccepted to use your real name. Singers and musicians don’t use alias’ so I figure that I shouldn’t have to. Along with that, my entire theme and focus that I express in my music is individuality and self-acceptance. I can’t tell people to accept who they are and try not to be someone or something they aren’t and then call myself a name that I made up to sound cool. (No offense fellow rappers)
Mistah Wilson: As a local, independent artist, how important is a local music scene and why?
Justin Miller: It’s incredibly important because nobody ever did anything great by themselves. It always takes help to get anything amazing done and through a local scene you get to meet other artist that you can learn from or work with. Also, growing confidence and being a polished entertainer takes practice and for that you need a community that’s willing to get together and share those experiences or create a buzz.
Mistah Wilson: Who or what has inspired you to pick up the mic and become an MC?
Justin Miller: I always loved to write things. I went from poetry to rap in high school when I started battling with everyone following that 8 mile movie we all know about. After beating everyone that I went against I knew I had something. I didn’t decide to become an emcee.. I was rapping in my friends car and he told me that I would be stupid to not take it seriously. I guess in a way I was talked into it. Shortly after that I won a rap battle and the feeling I got from being on stage and the respect that I got from the crowd had me hooked!!
Mistah Wilson: What would you say has been the most challenging thing about being an up-and-coming artist?
Justin Miller: The most challenging thing for a rap artist has to be finding your niche. It’s so important to have a theme and story that matches your image. It’s almost like making a new invention or trying to pitch a new company you have to sell yourself to the listener and that can’t just be random. Unless you’re making trap music.
Mistah Wilson: We heard your collaboration with fellow rapper Mr. McStrange on "The Kickback". Real lyrical danger. What brought you guys together for that track?
Justin Miller: We have been friends since high school. Actually when I was younger I tried writing songs with McStrange but he was more serious than I. After I made it for real it was only right that we get together. We’re working on an EP that will be done late this year. We call the project “Just Strange.”
Mistah Wilson: What words of encouragement would you give other aspiring artists who would like to pursue a career in arts?
Justin Miller: Talent and skill are two different things. You can learn the skill of rapping and not have any talent for it. Make sure whatever you decide to pour all of your energy, time, and money into is something that isn’t a dead end. That being said do what makes you happy and it can’t be that bad.
Mistah Wilson: What can we expect from you in the near future?
Justin Miller: Right now I’m working with a few producers AB Lean, Clean Cuts, Chain Isadoria on finishing my official mixtape that I’ll be pushing to the public asap. That being said I work with everyone, I don’t turn people down and there are some collaborations coming up soon with acts like Rough City, Henry Canyons, and Screwg just to name a few.
Mistah Wilson: Yo Justin Miller much appreciation for comin thru for this exclusive one! Looking forward to having you back soon. Got any shoutouts?
Justin Miller: Thanks a lot Bing Bing! Shout out to Rough City, Henry Canyons, Mr. McStrange, Glocane, Zarkhi, Chain Isadoria, and my beautiful mama!
By Mistah Wilson at February 11, 2014 No comments: Links to this post